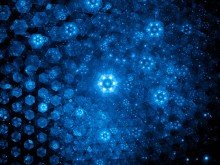 Graphene needs no introduction – its meteoric rise in fame and interest marks it out as the most commonly discussed and lauded material of the 21st century. If the reader is unfamiliar of its relevance please refer to the numerous perspective and review articles written for it. The nature of graphene makes it a true “surface” material and as such XPS is the ideal technique for characterising its synthesis in terms on elemental and chemical composition.  In a recently published applications note we highlight the use of an AXIS instrument in determining the number of graphene layers comprising individual flakes.

Also highlighted below are highly cited papers published on the measurement of nanomaterials in which the XPS generated using Kratos instruments provides important information relating to the materials characterisation.

Identifying and understanding the active sites responsible for reaction turnover is critical to developing improved catalysts. For the hydrogen-evolution reaction (HER), MoS2 has been identified as an active non-noble-metal-based catalyst. However, only edge sites turnover the reaction because the basal planes are catalytically inert. In an effort to develop a scalable HER catalyst with an increased number of active sites, herein we report a Mo–S catalyst (supported thiomolybdate [Mo3S13]2− nanoclusters) in which most sulfur atoms in the structure exhibit a structural motif similar to that observed at MoS2 edges. Supported sub-monolayers of [Mo3S13]2− nanoclusters exhibited excellent HER activity and stability in acid. Imaging at the atomic scale with scanning tunnelling microscopy allowed for direct characterization of these supported catalysts. The [Mo3S13]2− nanoclusters reported herein demonstrated excellent turnover frequencies, higher than those observed for other non-precious metal catalysts synthesized by a scalable route.

Origin of the Electrocatalytic Oxygen Reduction Activity of Graphene-Based Catalysts: A Roadmap to Achieve the Best Performance

The mutually corroborated electrochemical measurements and density functional theory (DFT) calculations were used to uncover the origin of electrocatalytic activity of graphene-based electrocatalysts for oxygen reduction reaction (ORR). A series of graphenes doped with nonmetal elements was designed and synthesized, and their ORR performance was evaluated in terms of four electrochemical descriptors: exchange current density, on-set potential, reaction pathway selectivity and kinetic current density. It is shown that these descriptors are in good agreement with DFT calculations, allowing derivation of a volcano plot between the ORR activity and the adsorption free energy of intermediates on metal-free materials, similarly as in the case of metallic catalysts. The molecular orbital concept was used to justify this volcano plot, and to theoretically predict the ORR performance of an ideal graphene-based catalyst, the ORR activity of which is comparable to the state-of-the-art Pt catalyst. Moreover, this study may stimulate the development of metal-free electrocatalysts for other key energy conversion processes including hydrogen evolution and oxygen evolution reactions and largely expand the spectrum of catalysts for energy-related electrocatalysis reactions.